Thoughts on My Conversation with Peter Xu 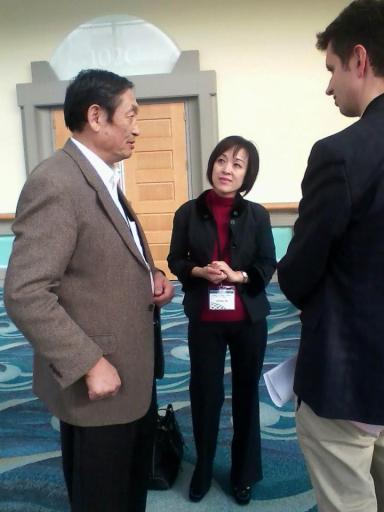 I spend a number of hours yesterday afternoon interviewing Brother Peter Xu. A leader in the Chinese House Church, who now lives in exile in the US. I was trying to sum up the conversation I had with him in a tweet – I couldn’t. Speaking to someone who has lived as a believer in Jesus through the Communist Revolution, through the Cultural Revolution. Someone from a Christian family who saw the Communist Authorities almost wipe out the Church in its entirety in China and through the process was put in prison 5 times was humbling.

Those who have read “The Heavenly Man” will recognize Pastor Peter as Brother Yun’s “Spiritual Father”. Yesterday Brother Peter gave an overview of the church in China for the past 2000 years and then specifically since the coming of Mao in 1949. It is remarkable to hear about essentially the growth of a new indigenous church since the late 60s/early 70s and the approach of training and sending forth Christians to share the good news and establish new work throughout China. I was struck by the high value of unity that Brother Peter strove for in the church. It almost seems like this is not even a value in the church today.

I have been thinking recently about the great work that many parachurch organizations are doing as it relates to missions, evangelism, education, training and works of compassion. These are organizations that are focussed on a mission, but it almost seems like many of these activities have ceased to be the remit of the church and yet as I listened to Brother Peter I was struck by how the work of the underground church in China felt like “parachurch” work in the west. They realised they were on a mission and needed to fulfill the great commission and therefore did the things they needed for this mandate. Oh that we would have unity of heart and unity of purpose in the church to finish the Great Commission together. May we learn some things from our Chinese brothers.

Disciple of Jesus, Husband and Father, Intercessory Missionary, Senior Leader at International House of Prayer and Teacher at IHOPU
View all posts by Jono Hall →
This entry was posted in Church History, Media Stuff. Bookmark the permalink.

1 Response to Thoughts on My Conversation with Peter Xu