Virtual or Streamed Community – Is it Real Church? 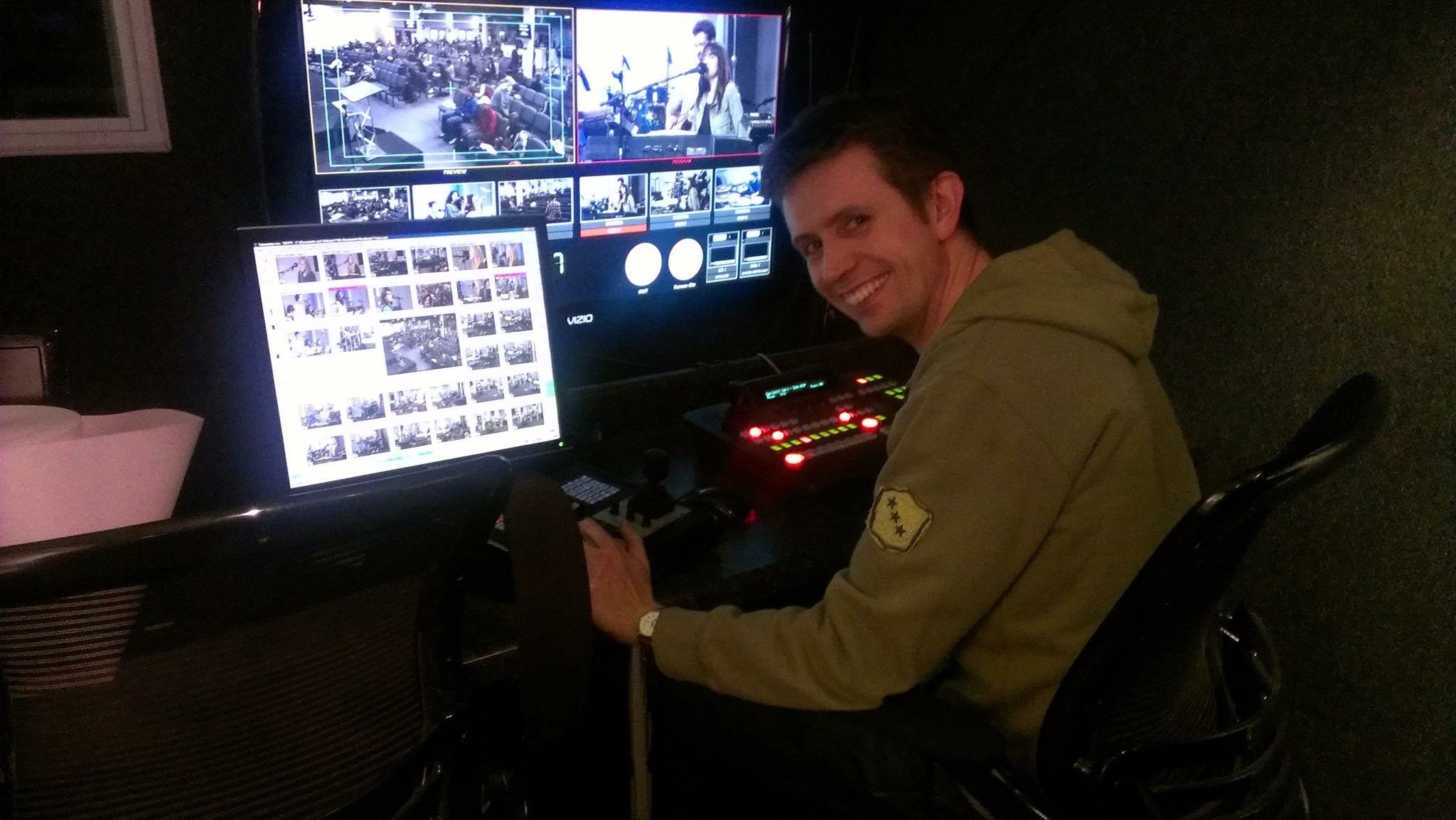 We are living in unprecedented times. The whole world is in lockdown fearful of the great pandemic. It is Easter, but Church gatherings have been suspended, to be replaced in many places by online expressions. I was in a conversation the other day with someone who thought that when the lockdown ends, Christians will prefer to simply meet virtually rather than gather physically together. This got me thinking about the nature and practices of local-church and how far digital connection can replace physical connection in this day and age. Many times when we engage with new technologies, we are so focused on the technology, that we don’t do deeper thinking about the implications of using the technology, so if you are a Christian who is meeting this weekend either by watching a webstream or engaging in a video-conference I encourage you to go on this quick journey with me to ponder not only the strengths and weaknesses of technology but more fundamentally what we are trying to do with this thing called the ekklesia of God.

Before diving in to some observations I have some admissions. I want to strongly affirm my belief in the importance of the local church, the body of believers which is the vehicle which the “manifold wisdom of God” to be displayed; the incarnational expression of Jesus to a world in need of a savior. I love the Body of Christ. I also want to say up-front that I am not a stranger to the world of broadcasting, webstreaming and distance learning.  I think my first foray into this world was in streaming GOD TV to the nations in around 2000. Then in 2003, I started webstreaming the International House of Prayer’s prayer room to the nations 24/7. I have written a number of articles in blogs and Christian magazines about this subject. I started a media school and taught about both the practical skills and about media ecology as a whole. I ran an e-school. This is only to say that this is not the first time I have thought about this subject.

When Preaching Became the Culmination of The Church Service

Before I look at the pros and cons of taking church online. I want to trace a quick (admittedly over-simplistic) sketch of church expression over the past 500 years. At the time of the Reformation in Europe, the parish church was typically at the center of the local community. The congregation would gather on a Sunday. It would be somewhat of a raucous affair with homilies and readings in a language that the common man (and often the priest) could not understand, culminating in the Holy Mass, again in Latin and again a mystery to most involved. When the Reformation crashed into Europe, much change happened in lands that now were called Protestant. Church pews were added to the church buildings, the language became vernacular and the Holy Mass was replaced as the culmination of the church service with preaching.

Preaching has been at the center of church expression since the early church, but now it took on much greater importance especially in the Protestant traditions. It remained this way really pretty much unchanged until the 20th Century with the development of a number of technologies. Public address systems, radio and television meant that a preacher’s message could now reach multiple thousands of people at the same time. In addition, the automobile meant that people could drive across town to their preacher of choice, rather than attend the local church within walking distance. By the late 20th century, Church services became a consumer good and with the advent of high-quality platform production, worship music and preaching became the product. A cynical eye might see this as entertainment or as simply “information transfer” and an audience’s approach to both of these is perhaps different than the Apostle Paul’s expectation that “When you come together, each of you has a hymn, or a word of instruction, a revelation, a tongue or an interpretation” (1 Cor 14:26). And so with this as the background, it became very easy to transition into webstreaming church services. A consumer can now listen to the “best preachers” on the planet with the click of a button. In many North American Mega Churches and beyond most components of a church service are platform-based already so the participant is actually not gaining that much by actually going to the location of the church except perhaps missing the social connection.

By the late 20th century, Church services became a consumer good and with the advent of high quality platform production, worship music and preaching became the product

Admittedly this review is a trifle cynical. I am a fan of engaging new technologies, not just a fan, I am a practitioner, but I also have the media ecologist Marshall McLuhan’s famous maxim that “The medium is the message” rattling around my brain and realize that we must think soberly and critically about embracing new technologies, figuring out the limitations they present, using the technologies where they are helpful, improving them where necessary and also discarding them where necessary.

The Pros and Cons of “Virtual Church”

In analyzing the limitations of virtual church let me say what I think it is good at:

1 – Preaching/Music and Anything Platform Driven – Streaming is good for anything which is platform driven. It is good for proclamation and teaching. It is good for more devotional type worship, it is also OK for what I will call “overflow” worship.

2– Platform Driven Prayer Meetings – It is good for platform prayer. I have streamed prayer meetings from several hundred to tens of thousands to great effect

3 – Financial Giving – It is actually good to facilitate financial giving – not that you stream this, but it is a part of congregational life, which can be facilitated effectively through technology.

4 – Discussion and Small Group Prayer – With the inclusion of video conferencing elements it is good for conversation, discussion and prayer (if conducted effectively).

With all the things that it is good at, should it play a bigger role in our church life? My answer is “it depends what you want to do with it”. It can solve lots of problems related to the challenges mentioned above. However there are some big limitations, which might be solved with better technologies, but I’m not sure will ever be solved entirely.

So What About the Limitations

In Acts 2:42 we are told of the four primary activities of the early church – Apostles Teaching, Fellowship, the Breaking of Bread and the Prayers. I do think technology can help in some of these areas but not completely. Fellowship and Breaking of Bread include eating together. It doesn’t work with streaming, you can simulate this online with video conferencing, but it is really not the same (I’m interested to see a number of people trying to share meals online at this time).

Hospitality and Eating Together – Christian leaders are called to be hospitable – again this faces serious limitations with online communication. The New Testament says we should not forsake meeting together. There is certainly a different dynamic in physically meeting together, being silent together, eating together that at the moment is very hard to replicate online.  While I am very thankful for video conferencing tools with which my parents in the UK have connected with me and their US grandchildren. The relationship over technology is not the same as getting a cuddle from Granny, sinking down with a cup of tea and peering into the fire together.

The Physical Component of Meeting Together – I could go on. Singing together is a part of congregational worship and it is plain hard to do this with technology. Baptisms, funerals, laying on of hands and praying for the sick, exercising spiritual gifts. They are all hard to do over technology. I’m not saying I have not seen even amazing healing testimonies come through broadcasts. But at the moment it simply can’t replace meeting physically.

Just today, Dr Fauci from the NIH said that shaking hands should become a thing of the past because it spreads disease, yet the church is one of the many places in culture, where physical touch is critical. Physical touch can bring so much healing to individuals both emotionally and through the gift of physical healing. We should not give up anointing the sick with oil and laying hands on them.

Distributing Food to the Needy – The deacon ministry of the church has been critical since Acts 6. Their primary function was the distribution of food as well as being good teachers. While you can teach online, distributing food (and everything else that is entailed in that ministry) cannot be done online.

My conclusion here is not to bash technology, but rather to think critically about the nature of church itself and to lean on technology where it helps us achieve things, but not embrace it unquestionably and continue down the route of everything being platform based – which seems to be the pattern of much in US Mega Church Land. The church is called to be incarnational, so after this lockdown, let’s not give up meeting together.

Disciple of Jesus, Husband and Father, Intercessory Missionary, Senior Leader at International House of Prayer and Teacher at IHOPU
View all posts by Jono Hall →
This entry was posted in In the News, Media Stuff. Bookmark the permalink.

1 Response to Virtual or Streamed Community – Is it Real Church?